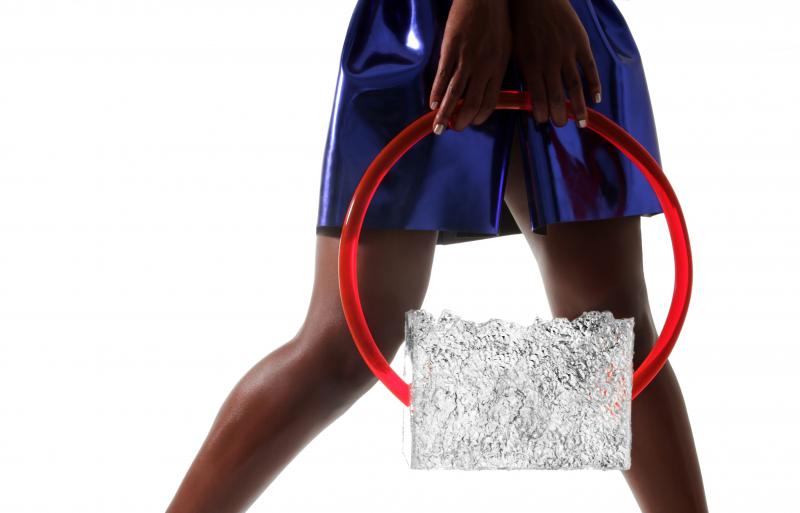 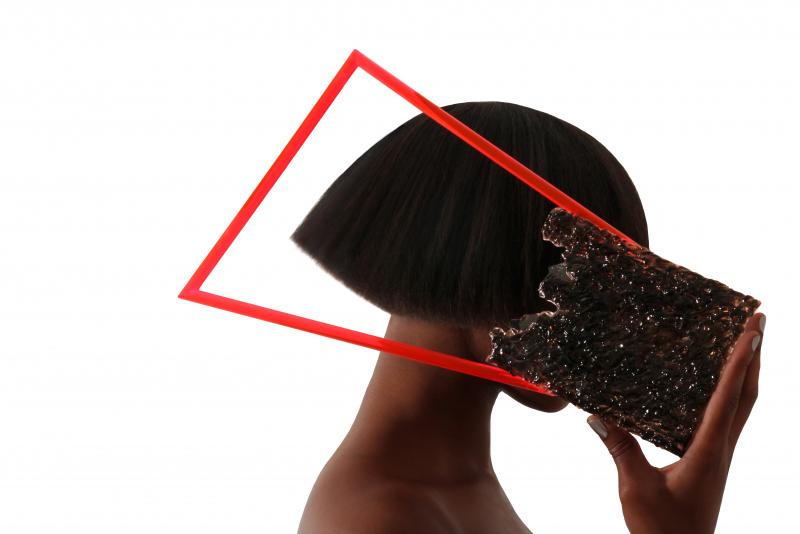 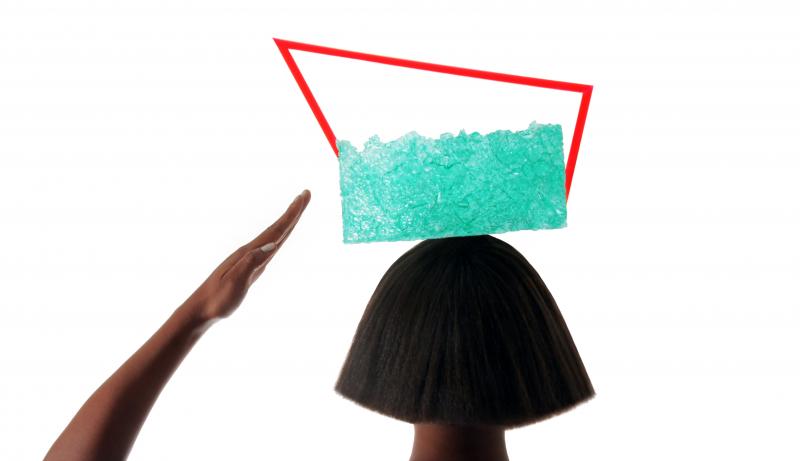 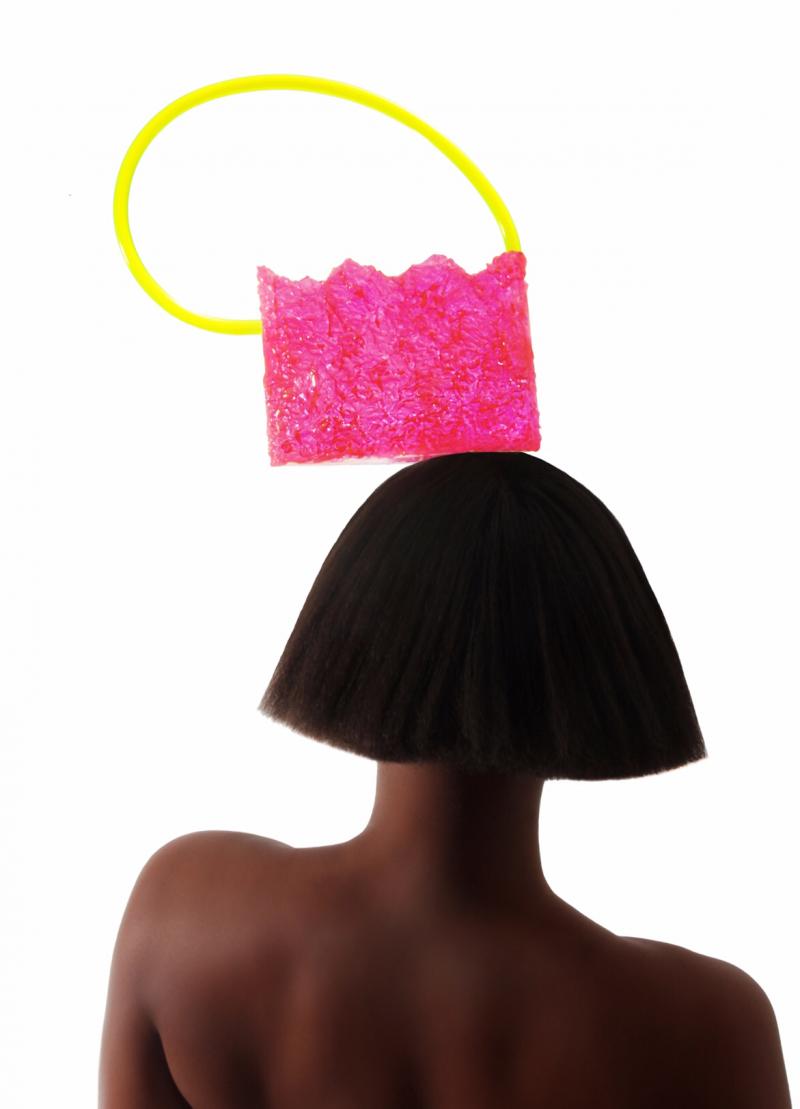 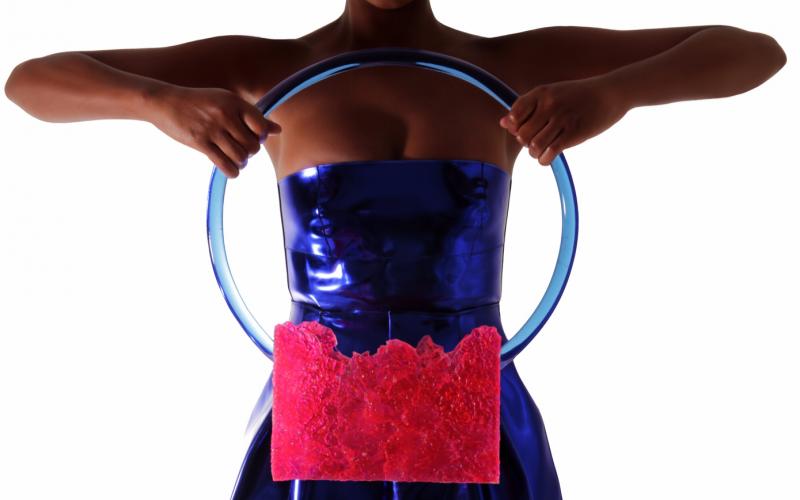 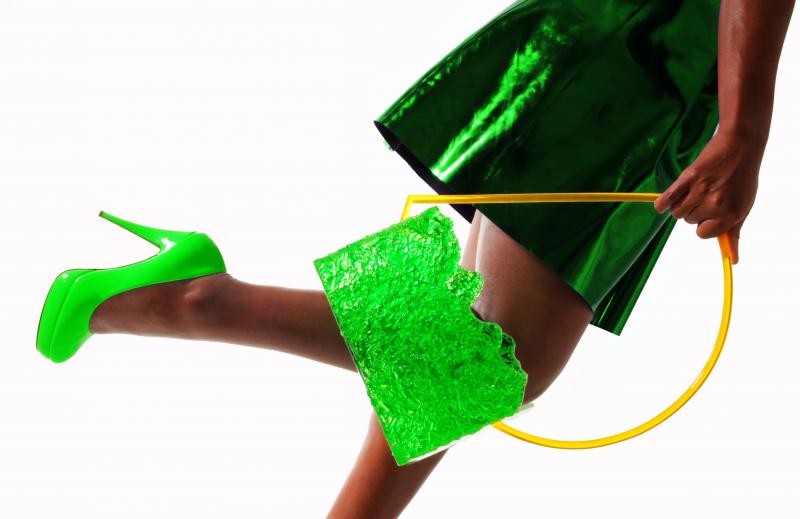 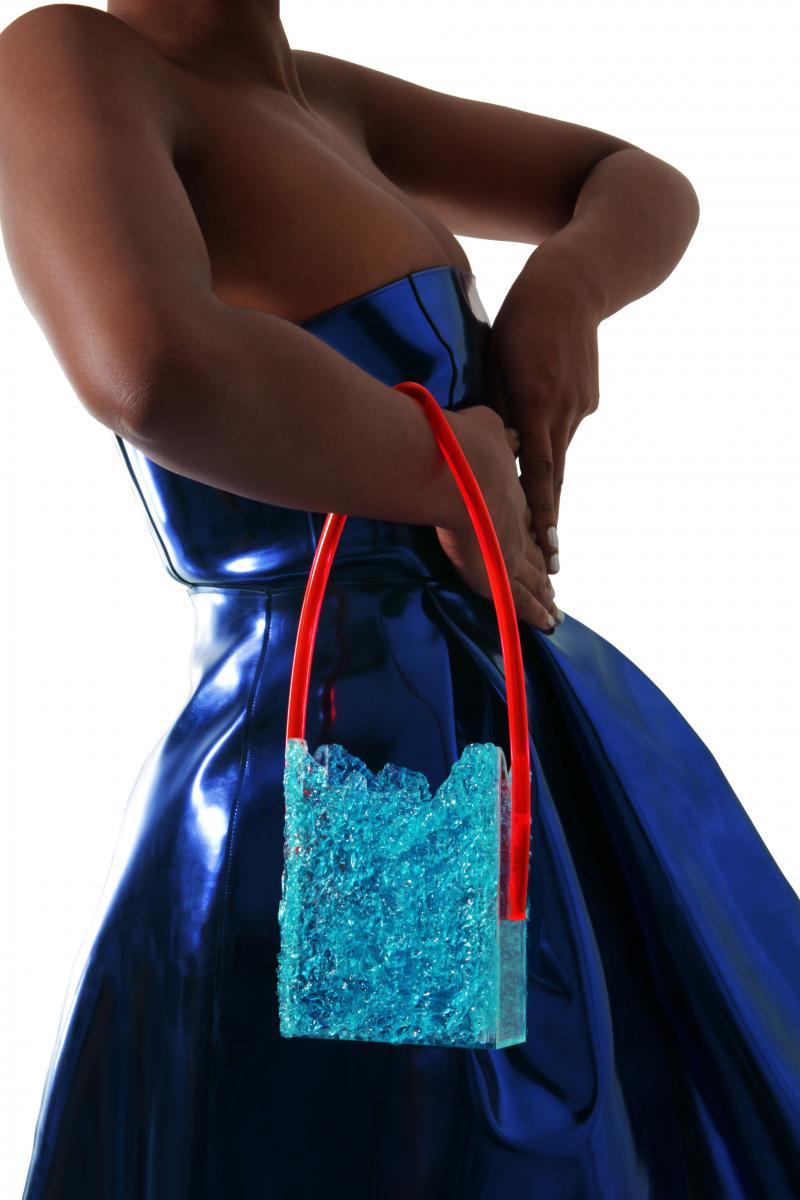 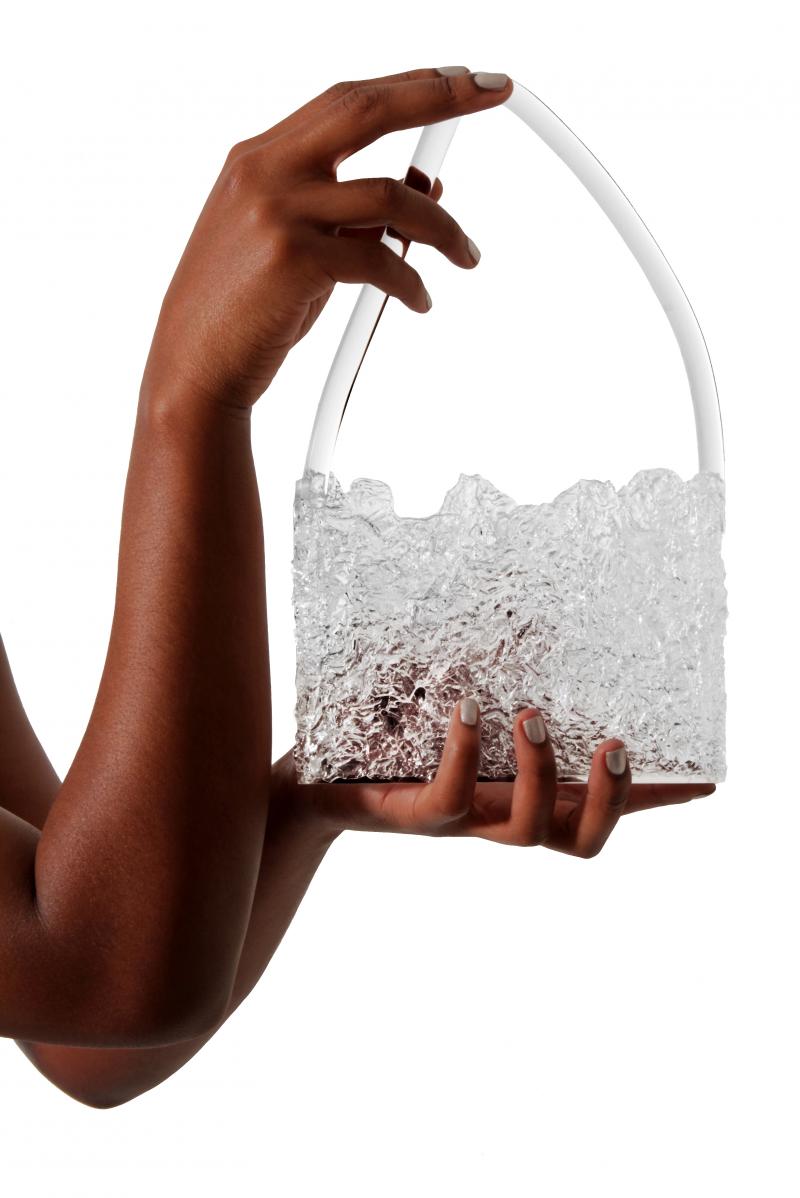 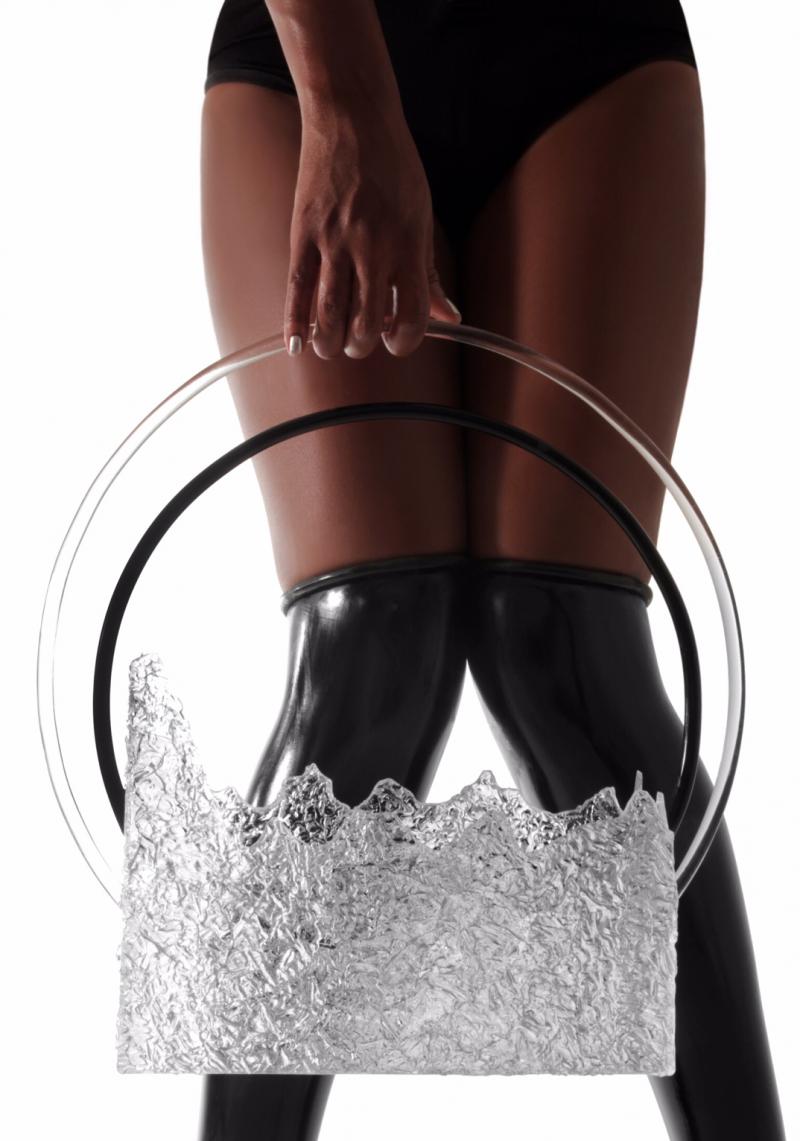 Tracing the creative current from the Sloth to the Icebag series and beyond, Ashley Scott’s exhibition the Transition will showcase a fringe and exuberant use of materials and themes in fashion. These material stills, captured from the Chicago native’s imagination, will be on display beginning January 15 and running until the 23rd. Including handbags, accessories, and garments, Ashley Scott’s hand-sculpted art expresses human and natural processes such as rejection and repression, through the movement of liquid in various forms.

The show will follow a series of conceptual phases, as various forms of movement are materially examined by the artist. With many works made in acrylic glass and liquid latex, the Sloth stage begins the investigation into the different states, as the materials appear to drip and melt. The vision of prismatic ice comes to life through contrasting texturisation in the Flow stage of the exhibition. Next, comparisons through the element of colour are made to bring vibrancy to Ashley Scott’s pieces in the Ice stage. Finally, the Transition Continues – via various melting, molding and composing techniques – to explore the different options between the interaction of forms in general, such as unity and separation.

Ashley Scott’s wearable art is also a reflection of her creative development, beginning as a painter at an early age, then progressing to her preoccupation with accessories through the means of movement and an enticement of the senses, to eventually becoming a designer for Toyota’s 2011 Creative Lounge. Now residing in Berlin and producing the Drapes line, her aesthetic reflects a curiosity for natural and often chaotic shifts, eccentric materials, and extraordinary sculpting techniques. Though her works have been showcased in Vogue UK, Elle and Paris Fashion Week, the Transition’s dynamic sartorial voyage beckons at Berlin’s aquabitArt gallery this month.