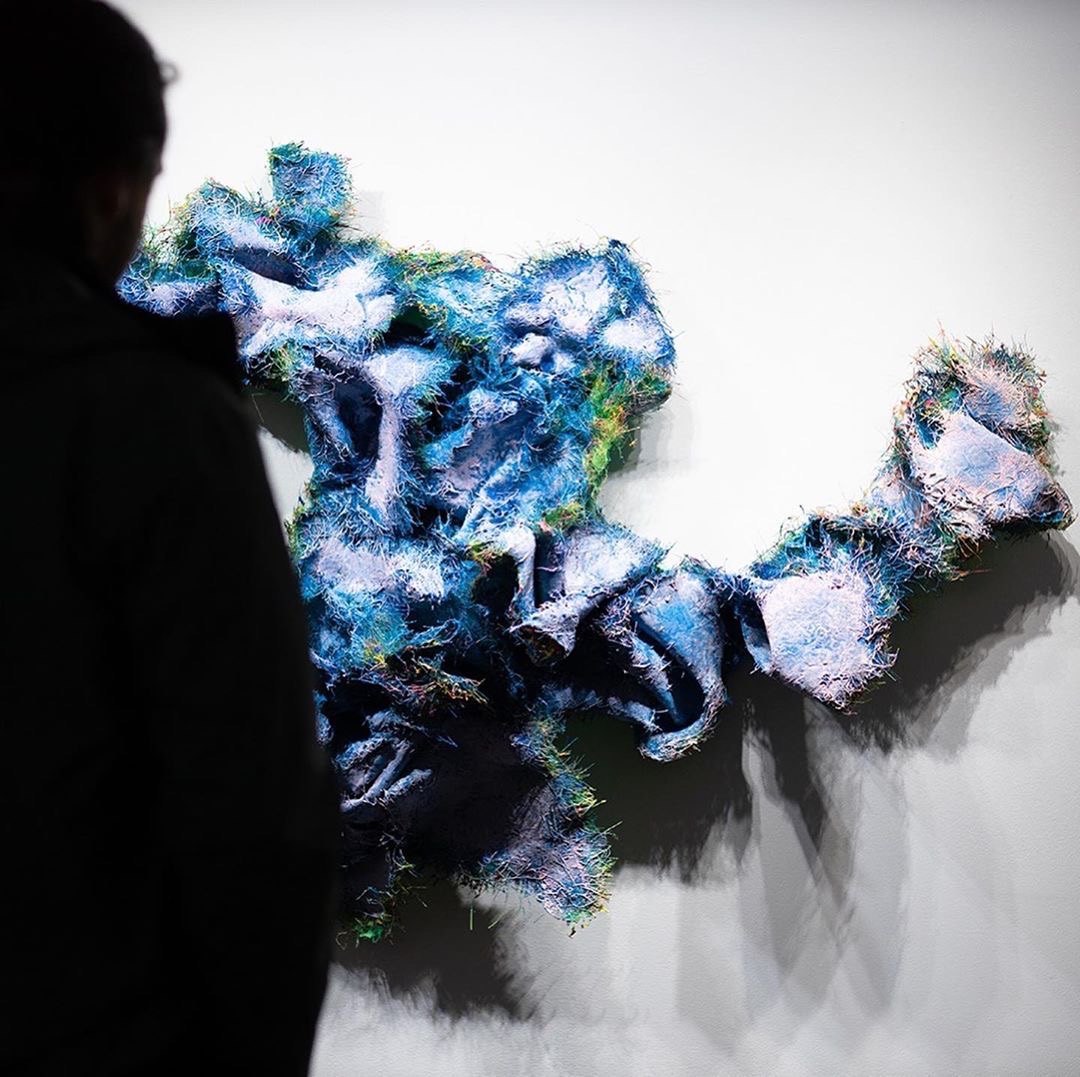 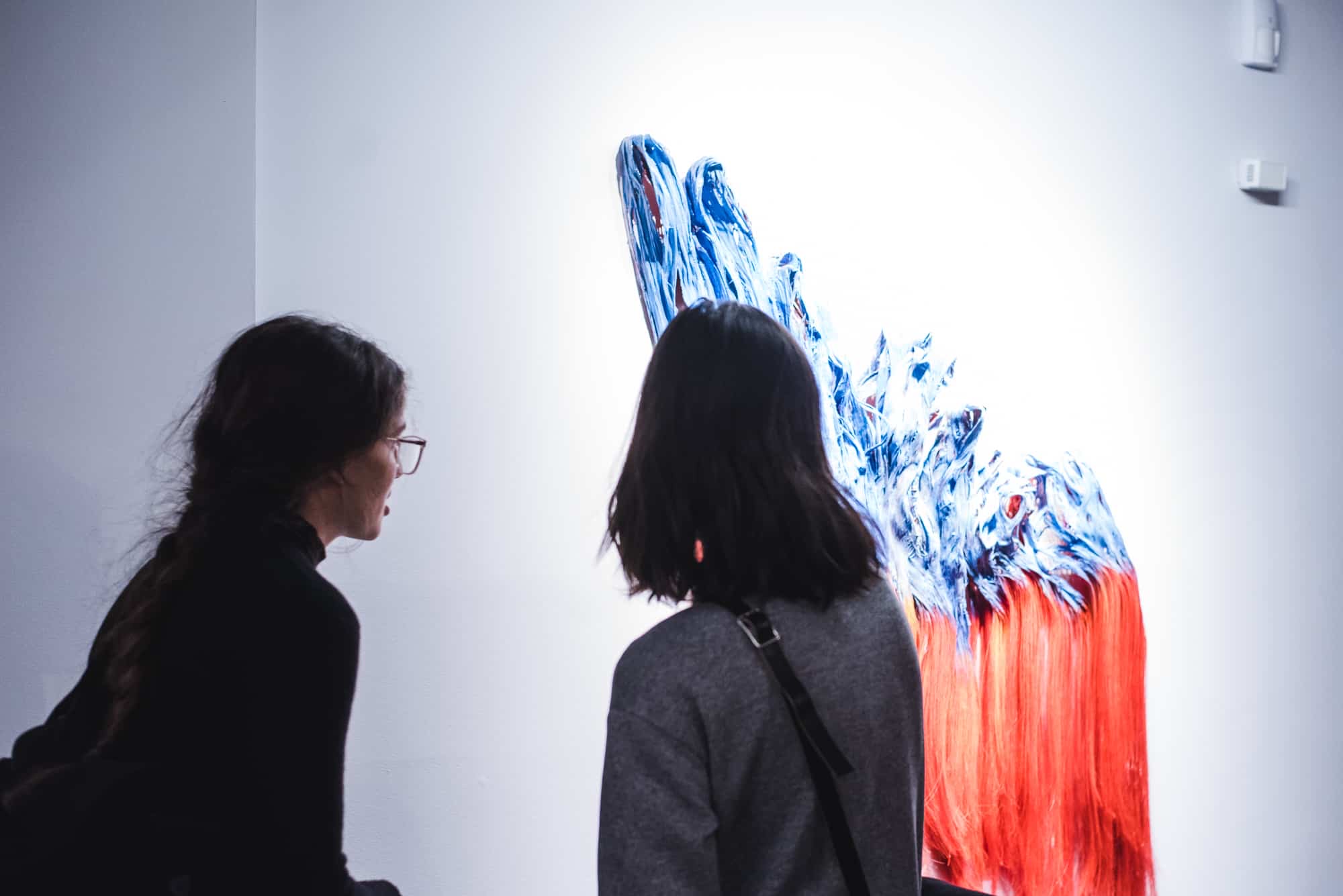 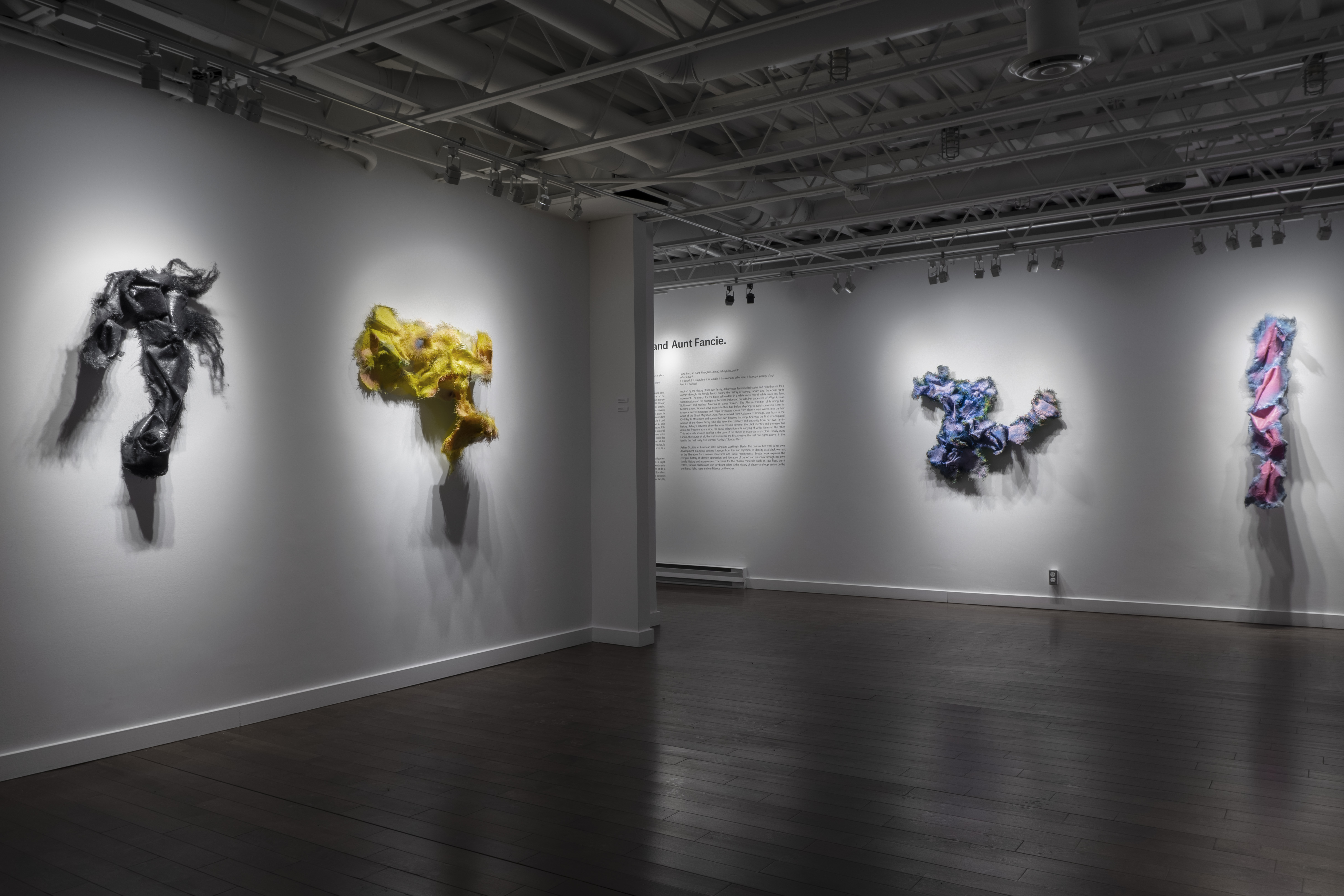 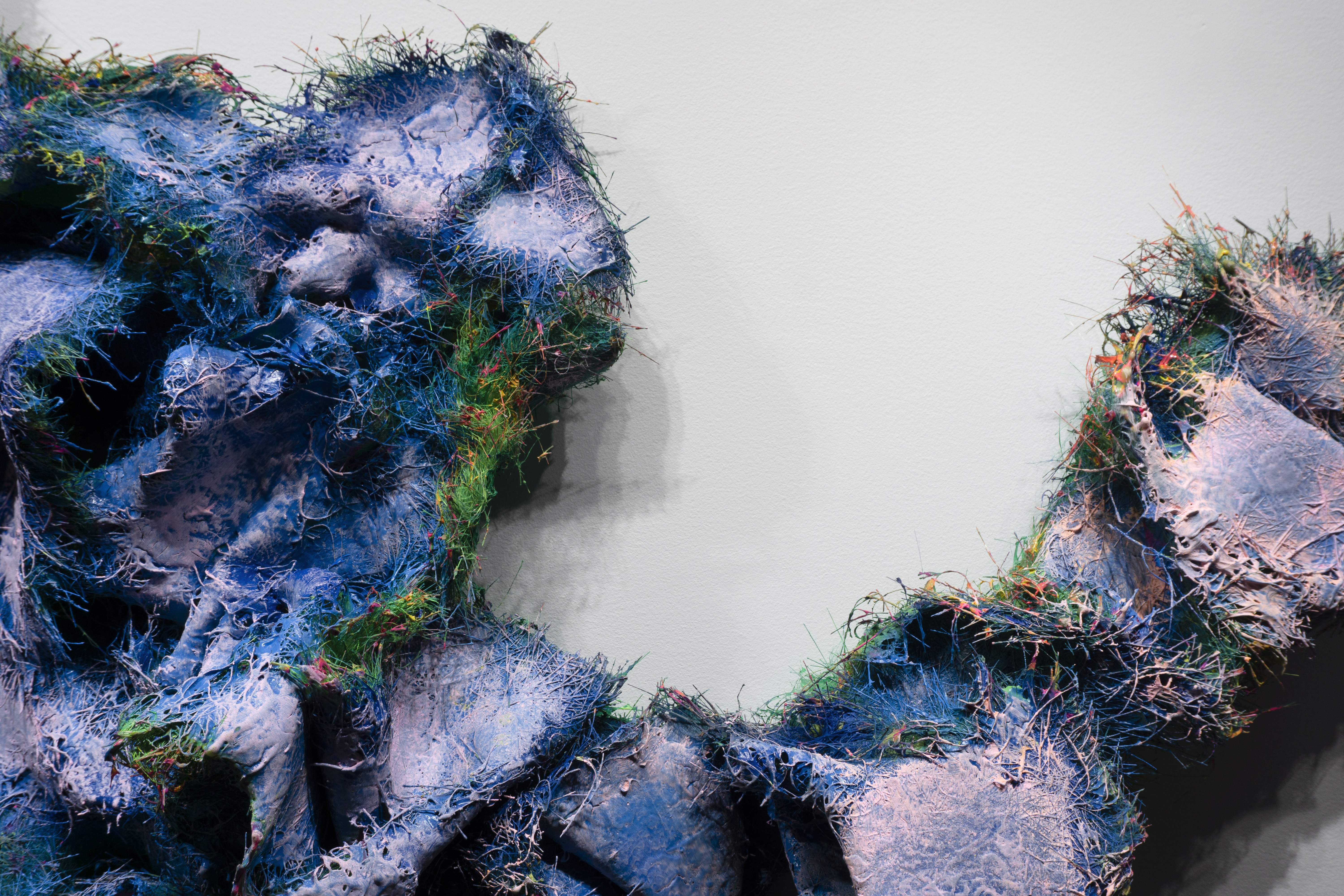 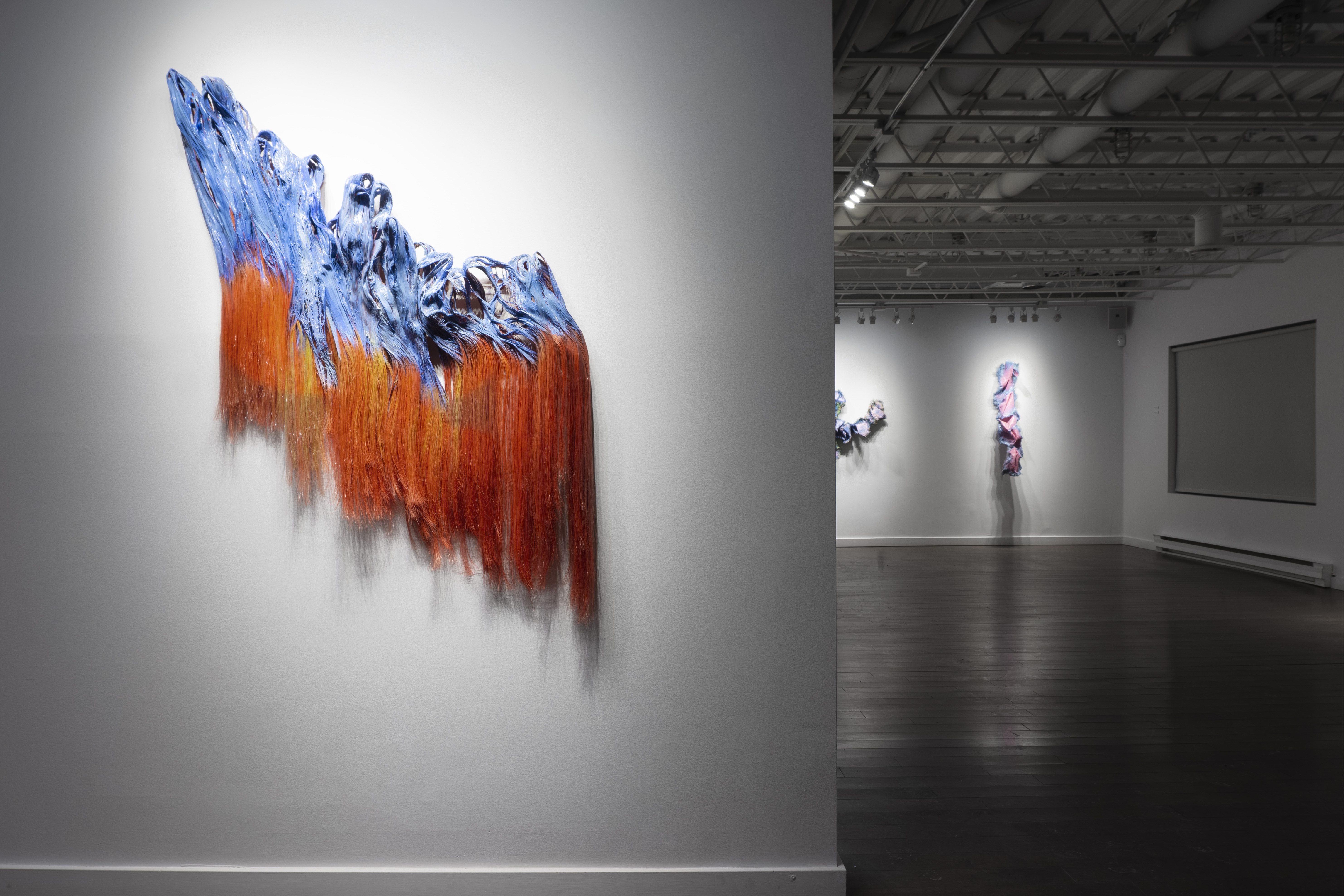 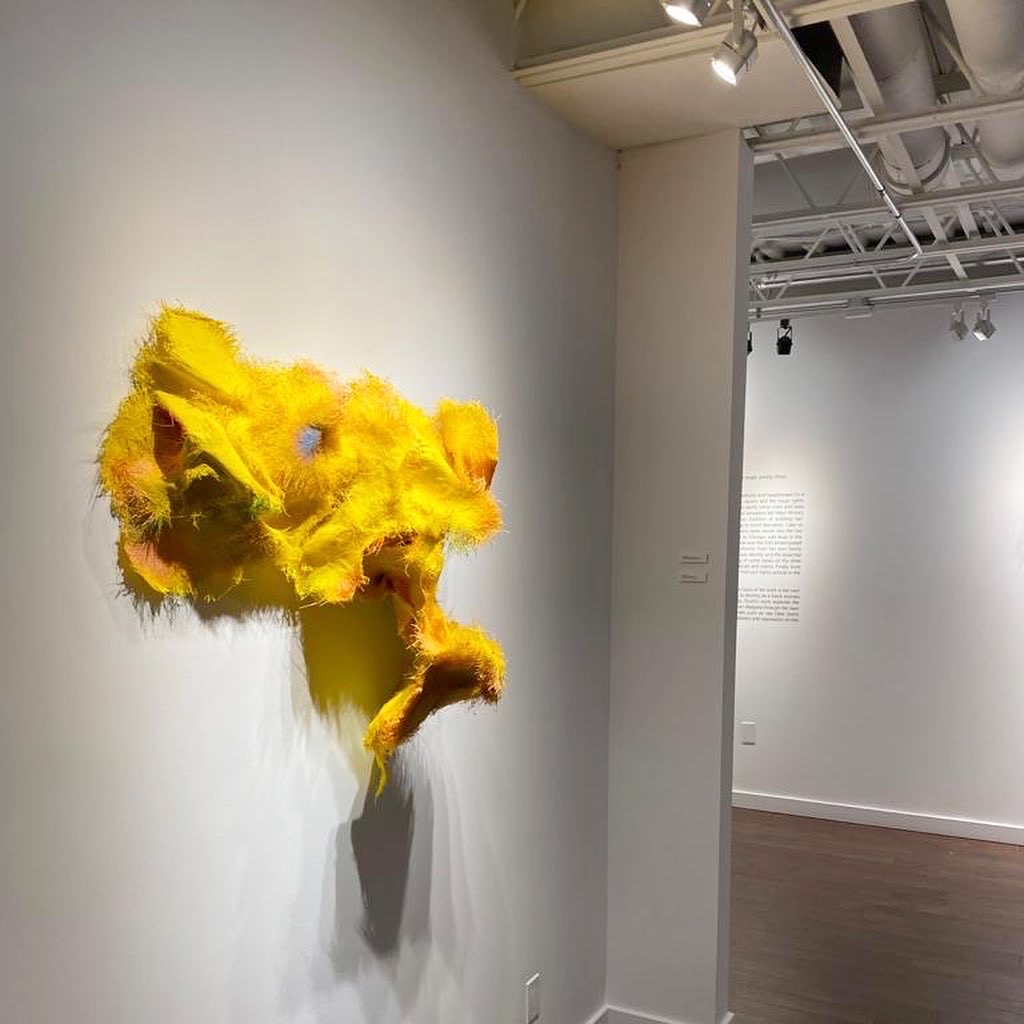 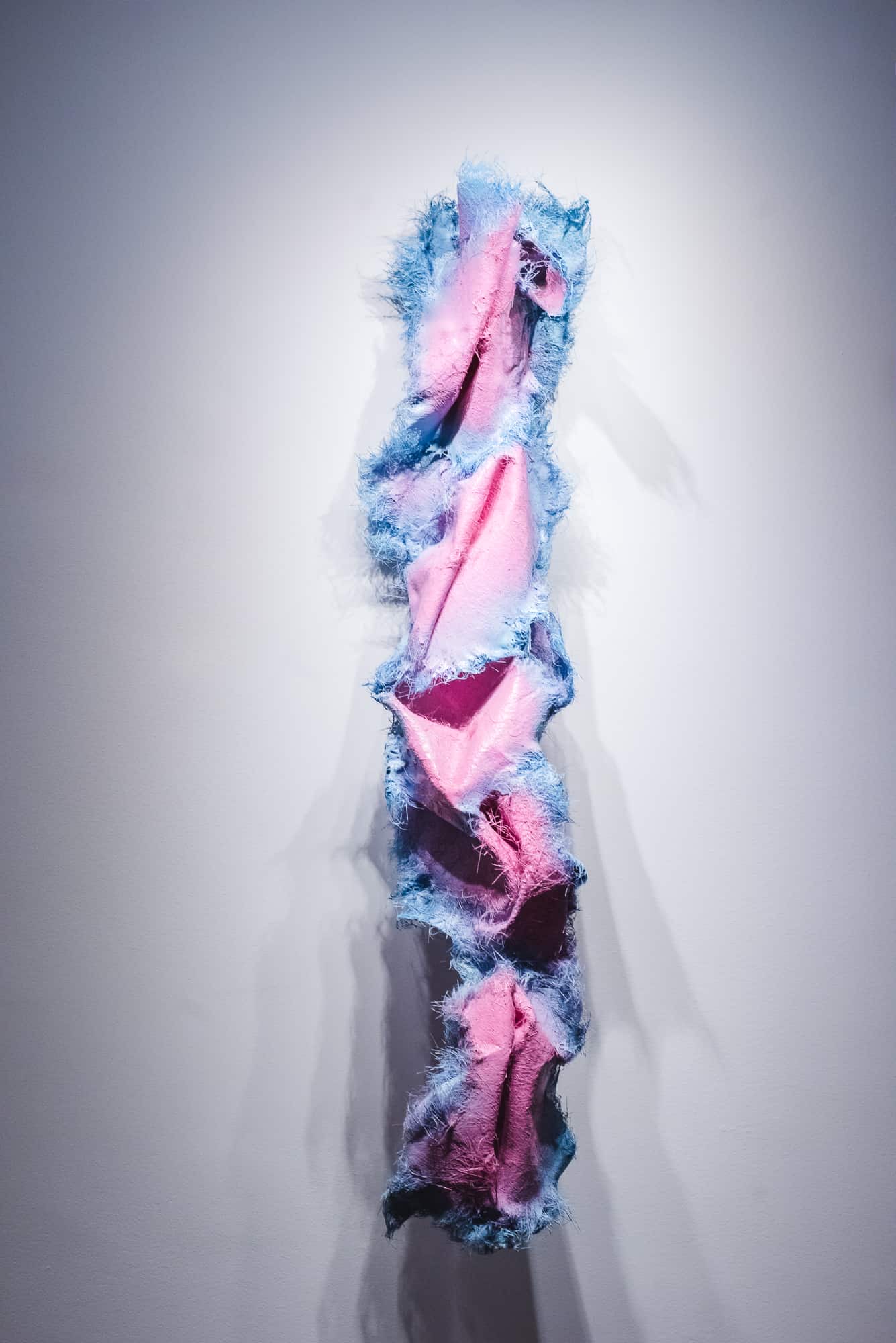 It is the third series on the topic.

Her real Great-Aunt Fancie, together with the women in her family, is the common thread in her works.

The sculptural works show a distinctive stringency and separation between surfaces and colors. The base material, glass fibers, of stubbornly uncomfortable character, was arranged in soft but faceted shapes with bright, flowing colors. You don't necessarily want to live up to the original instinct of touching and haptic experience in these works, despite everything the structure appeals and arouses curiosity.

The field of tension between the material and the delicate coloring literally explodes the gallery space.

Scott's works are loud, demanding and pushy, inspired by jazz musicians such as Ornette Coleman and John Coltrane, who based their brilliance on the dissolution of existing rules and harmonies.

The accidental and the intentional are bundled in one unit.

Scott's topics are arduous and political and, in the relentless processing of one's own identity as a black, discriminated and sexualized woman, stolen from her cultural identity, confront social conditions of different epochs.

In looking at the history of women in her family and her individual experiences and injuries, the artist contrasts them with the current political events, personalizes the events and is thus in the tradition of African-American political artists such as Jack Whitten, Nick Cave, Barbara Chase-Riboud.

The tradition of the art of Bibo and Farang in West Africa, the North American slaves with their hidden symbolism, the reports of unsuccessful attempts by the Black Americans to adapt to white rules of life and ideals of beauty, to the adoption of the “black features” from the mainstream and the struggles for one's own fashion Presence is Ashley Scott's aesthetic-political themes, which she examines in a relentless manner and against the background of personal relationships.